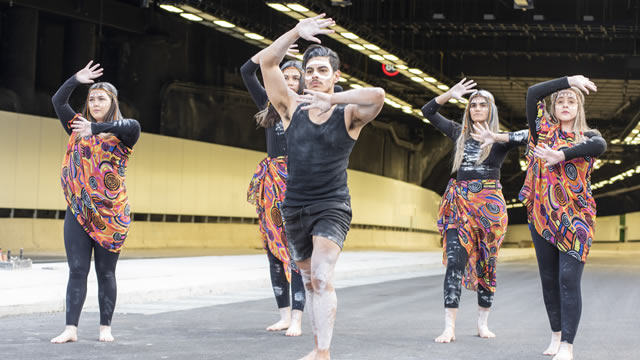 Movement of Shells, Movement of Time by Marilyn Russel and her mother, Aunty Esme Timbery 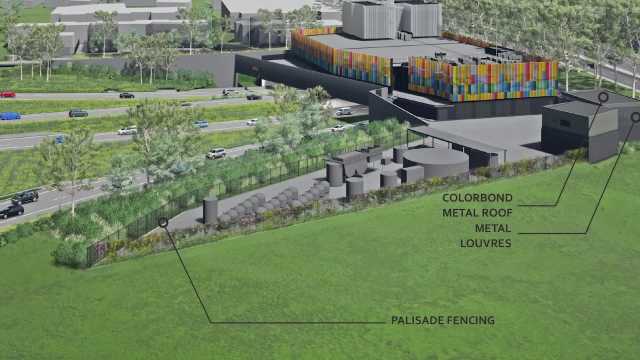 Movement of Shells, Movement of Time by Marilyn Russel and her mother, Aunty Esme Timbery

‘Movement of Shells’ is a collaboration by Aunty Esme Timbery and her daughter, Marilyn Russel. This is expected to be completed by 2023.

The art and the story was built from sketches: patterns, coloured pencils and water colour on paper. The artwork was translated to building images through regular interactions with the artists, at their home in La Perouse.

The symbols within the artwork reference the Bidjigal people and Timbery Family as saltwater people, and the tradition of shellwork handed down from mother to daughters through the generations. The building artwork is a continuation of traditional knowledge and connection to our beautiful country.

The artwork wraps around the perimeter façade of the building. Using perforations on the façade to create the artwork image offers the opportunity for a three-dimensional dynamic outcome. This method of implementation capitalises on the idea of texture, shifting light and shadow, and the idea of seeing both the image and the colour as separate layers. This references the spirit of the original shellwork art, yet uses modern fabrication techniques to provide the design life.

The art is experienced at both long and short distances. As one moves around the building one starts to interact with the artwork and the changing perspectives. Differences in colour are revealed, patterns merge and emerge, bringing the architectural work of art to life. 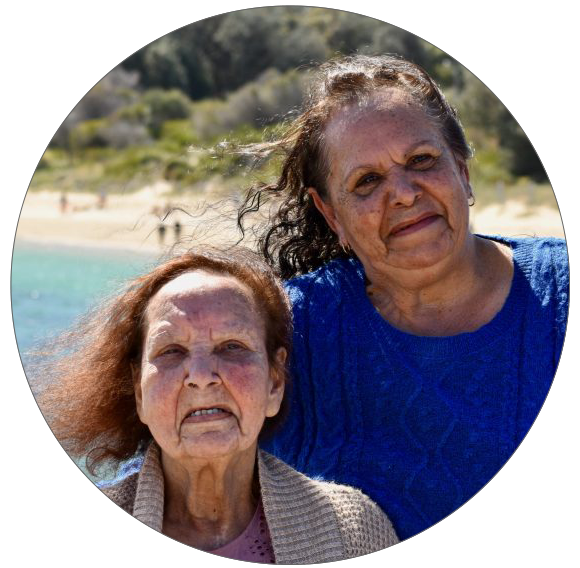 Esme Timbery was born in 1931 in Port Kembla and is of Bidjigal Aboriginal heritage. Timbery began to create shellwork at a young age. She comes from a long line of shellworkers, including her great-grandmother, Emma Timbery.

Esme Timbery’s shellworked harbour bridges, shoes and other objects are created from wood, glue, cardboard, fabric, glitter and shells gathered from the beaches of the New South Wales south coast. Timbery has been exhibiting these works since 1997. Timbery’s first exhibition, Djalarinji – Something that Belongs to Us, was held at Manly Regional Gallery and Museum in 1997. She worked with artist Judy Watson on a public art installation in the arrivals hall at Sydney International Airport in 2000. In 2002 Timbery was commissioned by the Sydney Opera House to create Sydney landmarks in shellwork for its annual Message Sticks program. She exhibited in Messages from the Fringe, Birrung Gallery, Sydney (2003) and Terra Alterius: Land Of Another, Ivan Dougherty Gallery, Sydney (2004).

Timbery was the subject of an ABC TV ‘Artists at work’ documentary, She Sells Sea Shells, in 2007. Her works are held in numerous collections including the Art Gallery of New South Wales, Sydney; National Museum of Australia, Canberra; Wollongong Art Gallery, Wollongong; and Powerhouse Museum, Sydney.

Marilyn Russell is a Bidjigal shellworker from La Perouse on the shores of Sydney’s Botany Bay.

Marilyn began shellworking as an artistic enterprise when she returned to the family home to live with and help support her mother in 2007. Her tiny shellworked booties and shellworked harbour bridges continue the La Perouse tradition of applying fabric, shells, glitter and sometimes, shell grit to the booties and bridges.

Marilyn assisted Esme in the commission for Campbelltown Arts Centre for their exhibition, Ngadhu, Ngulili, Ngewaninyagu. A Personal History of Aboriginal Art in the Premier State in 2008. This installation of 200 shellworked booties was later acquired by the Museum of Contemporary Art, Australia. 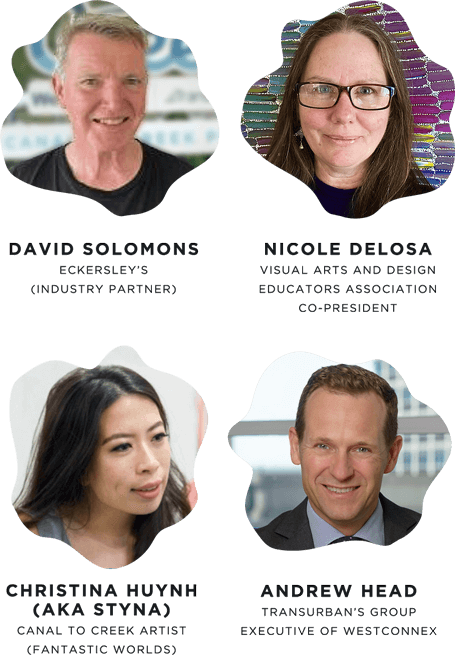